Are you following the Curtain Up rule?

I don’t know about you, but I’m generally pretty punctual. I’ve been an actor for over 30 years and the one thing you learn as an actor is that if the curtain goes up at 7:30 you’re NEVER late!

But how many times have you joined a Webinar or a Zoom call and heard the Chair say, ‘We’ll just wait a few minutes for the others to join’? The stragglers eventually turn up by about five or ten past, with no apology for their lateness, having wasted your valuable time.

The tradition in the theatre is that all actors have to be in the building before ‘The Half’. You might well think that The Half would be half an hour before Curtain Up. But, actually, actors must sign in at the Stage Door thirty five minutes before Curtain Up. Backstage, the show doesn’t start at 7.30. It starts at 7.25. The actors are ready in their dressing rooms, the Stage Manager makes the tannoy announcement, ‘Beginners to the Stage’, the actors make their way down to the wings, and so by 7.30 they’re all in position ready for Curtain Up. For me, being five minutes early is deeply ingrained. In fact, it started way back.

I grew up in Lancashire about 45 minutes from Manchester. As small children, our parents drove us once a year to Kendals, the big Department Store, to meet Father Christmas. My mother used to say that we had to leave the house at five to nine because, if we did, all the traffic lights would all be green. But if we left at five past nine all the traffic lights would all be red. This was, of course, clearly not the case. It’s just that if you leave at five to nine, you don’t notice the odd red light, so it feels like all the lights are green. If you leave at five past nine, and are running late, you’re irritated by every red light, so you get the feeling that they’re all red. So I’ve always been a ‘five to …’ person. Life is much easier that way. And the traffic lights are always green!

I have an ex-military friend who says, ‘Five minutes early is late!’ I think that might be a step too far, but the question is: Should the Chair of an online meeting start at the allotted time or keep everyone waiting for the late comers?

Well, if you arrived late for the theatre you wouldn’t be surprised that the show had already started. And because we know that, we take our seats a couple of minutes early. It’s not acceptable for an actor to walk on stage five minutes late and say to the audience, ‘Sorry there was traffic on the M25.’ I think we should all try to follow the Curtain Up rule. So, as the Chair, you do the right thing, log on early and admit the early attendees. But you’re waiting for the stragglers. This begs another question: How do you fill this embarrassing void? And how can you create a sense of expectation about the upcoming webinar or meeting?

A few years ago, I was coaching the auctioneers at Christies and one of the auctioneers asked me, ‘When does the show start? I assume it’s the moment I climb into the rostrum with my gavel?’ I said, ‘No, the show starts the moment the audience first sees you. As the auctioneer, you’ll arrive in the room a few minutes early and can be seen talking to dealers or telephone bidders. The audience will be watching and judging. You can’t wait until you climb the rostrum steps to turn on the charisma button.’

And on a video conference call, it’s our job as Host, Chair or Speaker to log on early and then consciously create a sense of excitement right away. We must remember that the show starts the moment we enter the virtual meeting room. Just as, if we had a party at home, we wouldn’t open the front door to welcome the first guest and say, ‘Please stand there on your own for a few moments, I not going to say anything until everyone else gets here.’ So remember, that the party starts as soon as you enter the room. And if the Webinar is supposed to start at 11, it’s Curtain Up at five to 11!

Profile and contact information:
Robin Kermode is one of Europe’s leading communication coaches working globally with senior politicians, business leaders, media personalities and corporate teams. He is a popular keynote speaker and author of the best-selling book SPEAK SO YOUR AUDIENCE WILL LISTEN. His podcast, THE ART OF COMMUNICATION, has over 20,000 listeners. Robin has been an actor for over 35 years and is a recognisable voice over artist (he is the MC of the ATP World Tour Finals each November at The 02 Arena in London). He is a respected media commentator, contributing to a wide range of newspapers, and is the leading body language expert for The Telegraph, The Guardian and the Daily Mail.
w:  robinkermode.com
e:  robin@robinkermode.com

We're feeling bold, brave and energised this month – ready to embrace summer like never before. Socialising and having fun while looking our best is our number one priority. We've seen a swing of change in the salon too; vivid colour transformations and sharp cuts showing a new found confidence. Weddings are back with a bang and our team is on standby to help you achieve that perfect bridal look. Read our top-to-toe countdown... ready, set, glow!

To book your appointment please Whatsapp the salon on 07305 365432 or email reception@gustavfouche.com 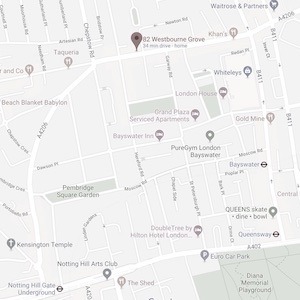